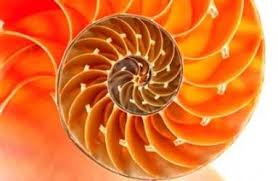 What NuVision Is:
NuVision is an advanced application of the holographic principle of the universe.  The physical universe is widely seen to be composed of  “matter” and “energy”. Yet a growing group of scientists regard the physical world as made of information, with energy and matter as incidentals of a two-dimensional information structure “painted” on the cosmological horizon.

How it works:
Newtonian physics operates on a linear-causation model; that is, chemical reactions occur in a progressive series of steps. But when we look at the human body (as well as all other living tissue), this model of understanding becomes woefully inadequate. Cells share an intercommunication of information in a nonlinear way. Quantum physics is the field of study that has developed to study non-linear relationships.

Research confirms that interactions between cells happen faster than the speed of light, and since the limit of physical reality is the speed of light, this means that cells are accessing the quantum field in their communication. In the world of quantum energy, predictable Newtonian causations and relationships no longer exist. Here, is this mysterious world that we have only recently discovered, things interact holistically and cooperatively.

The implication of this functioning on the cellular level is that if we are to effectively communicate with our cells, we need to do it within the world of quantum laws, the world of pure energy.

We humans are, like everything in the universe, comprised of a multitude of spinning atoms. Each atom gives off a multitude of electromagnetic energies, including the invisible waves of x-rays, gamma rays, ultraviolet rays, infrared rays, and, as well, all the visible light rays that make the universe (and all that is in it) able to be perceived. Each of these rays has a different frequency, and carries different information.

Each spinning atom creates its own specific field of energy, which we can call an “energy signature.“ But atoms are social; they like to come together, and assemble collectively to form what we call molecules. And they are generous, too: they share their fields of information, and then radiate their unique pattern of combined energy patterns. Each one of us is then, on the atomic level, a collection of specific energy signatures. Each of us is in a continuous process of broadcasting information as electromagnetic energy.

What NuVison Can Do:
With birth information (name, birthday, place of birth), NuVision has the ability to find each person’s specific energy signature. The system makes resonant connections between the person and the surrounding informational field, presenting a comprehensive picture of the person’s whole Being. Precise descriptions of psychological conflicts, bodily disturbances, historical places of stuckness, and spiritual dilemmas are found with uncanny accuracy.

Examples of Findings with NuVision:
Jack’s build is trim, and rather muscular, and he said that he worked at Equinox. I assumed he was a trainer. Yet, his reading said “severe weight fluctuation.” I thought this was one of the NuVision’s quirky “field” readings, and ignored it. But my assistant (in her fabulous innocence and curiosity) overrode my skepticism, and asked asked if he had lost weight recently. His answer: “70 lbs.”

Rachel is a friend. I know she has serious hearing loss, and has the speech that is distinctive to people with long-standing hearing impediments. The NuVision showed: “Visual, hearing, vocalization impairment.” Her husband was standing next to us, and then asked me if I knew that Rachel had a visual impairment as well as hearing loss. I did not.

Muli is a former Israeli military man. He seems fearless. Yet, the NuVision showed that he had a “fear of trains.” I thought this was silly, and decided not to mention it to him. But he was sitting there staring at screen (he’s a computer geek, and wanted to watch everything that came up), and commented on it. I told him to ignore it—that I liked to see patterns before coming to any conclusions.  But I thought about it for another moment, and then asked him what they call trains in NYC. His answer, of course, was “subways.” I asked him if he had had any odd or frightening experiences on a subway. His answer: “I feel anxious every time I go into the subway.”

Jim’s reading showed “gangrene.“ I knew he was diabetic. His diabetes was the reason he came to me. It also said that if he didn’t make significant life changes, he wouldn’t live long. I made some suggestions to him. A month after the reading, he had his toe amputated. He had implemented none of the changes I suggested.

Paul: I was sent a picture of Paul, a houseguest of one of my patients, showing his eyes to be red and swollen. Sensitivities and allergies showed allergy to lobster. I asked if he had had lobster for dinner the night before. He had.

Mickey is a gay man who has had had plastic surgery on his face to look younger. NuVision showed dislike of self and estrogen dominance.

Shlomo is an Israeli man who speaks no English. His wife served as a translator. The first thing that came up was dental infection. Wife said: “OMG – he has a dental infection.” Then it came up that knitting would be a beneficial activity. She said again “OMG, he knits.” Then it came up that he would enjoy bee keeping. She said, again, “OMG, he wants to keep bees.” They seem interested in purchasing the system, they were so impressed with results for both him and her.

Fran showed up as having an old surgical scar causing problems. She knew exactly what part of her body I was referring to. I referred her to my osteopath, Dr. Gary Ostrow. The work has been painful, but she is much freer in that area of her body because of the work.